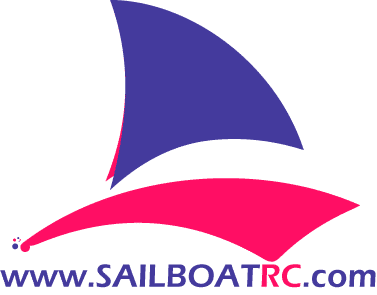 In stock (can be backordered)

monoSRC™ IOM sails, Suit A (No.1) – a unique one-piece technology of production:

“We create poetry with sails.“

If purchased today, standard sails will be sent within 15 days. If you order a mix of settings and many different sub-options we will ship within 30 days. Custom material & shaping sails are email advised, please contact us.

Jib and Mainsail use a wire luff encased in a pocket as standard. The wire is supplied with sails. Telltales are fitted to jib.
Under default, sails are made in materials: A(No1) Jib in 36 µm translucency, A(No1) Mainsail in 50 µm translucency.

Luff pocket on Mainsail and Jib is made wide enough so you can keep your original rig wire in case of sail change, which is very good so you don’t lose your trim or angle of the mast.

The first sail making a mould for 3D monofilm sails was made in 2011. and slightly changed in 2012. It was designed to allow all IOM sails to be made using the same mould. After two years of extensive trials and testing of sails and improvement of sail manufacturing technology, it was clear that such designed sails could sometimes be difficult to trim. Thus we have started extensive testing of new shapes for our moulded sails, one mould for jib and another mould for mainsail (all marked as “mould 14”). Our aim was to have sails that could be easy to trim for various wind speeds using as flat as possible sail shapes having in mind light wind speed performance. In the year 2015 (mould 15) we have developed new sail shape that we truly believe are excellent all-around flatwater sails. In 2016. extensive research and development produced ‘Mold 16’ that is similar to ‘Mold 15’ but deeper, and these sails won World Championship in France, 2017. and European Championship in Croatia, 2018.! ‘Mold 19’ is deeper and better as AP (all-purpose) sails and tose sails were used in WC Brasil, Porto Alegre 2019. where they dominated with 1st and 2nd place as well.

New sailmaking technology was developed in mid-2014 allowing easy exchange of the sails making a mould from one to another. Manufacturing time was shortened and sails made using new technologies are generally better than the old ones.

After January 2020. we switched to mould ‘Mold 19’ and they were called All-around (AP-all purpose) sails.

At late October we finished a new machine for even better 3D forming of sails and it was confirmed as innovation from the European Union. We protected our innovation with trademark: monoSRC™ SAILS! You have now three types of sails: All-around, Light and Heavy shaping and they all work the best according to the conditions in which you sail the most, so please read more about each type once you start to select jib & mainsail shaping options.

Sailboat RC will continue our extensive R&D of new sail shapes and material processing, but you can be sure that sails offered on our website as factory “standard” (default) are the best option for most weather conditions. Our innovation brings the ultimate experience of #rcsailing for all those who want to achieve unparalleled speed and performance like never before.

There are no reviews yet.

Be the first to review “monoSRC™ SAILS, Suit A (No.1)” Cancel reply